What are Anxiety and Depression?

Anxiety and depression are two important mental health problems that form an important part of many peoples’ lives. Mental Health issues have been increasing with every passing day and can be detrimental in many cases. Some of the main factors that contribute towards mental health issues include work-related stress, lack of exercise, unhealthy diets, smoking and alcohol consumptions, etc.

Anxiety is a negative feeling that something bad may be about to happen. It causes nervousness, a feeling of stress, and nervousness. Some of the major symptoms of Anxiety include increased pulse rate, shortness of breath, loss of appetite, a feeling of nervousness, etc.

Depression is a type of condition that negatively affects an individuals’ mood. Having depression often affects someone’s feelings and leads to sadness, lack of interest in work and activities, mood swings or disorders, etc. There are various types of depression-like clinical depression, bipolar disorders, postnatal depression, etc.

Is Yoga useful for Mental Health?

Mental Health issues like depression and anxiety may often appear in people and go unnoticed. This is because there are no visible symptoms of these issues. Furthermore, normal forms of exercises such as gym and other exercises cannot help in solving these problems in any manner.

Yoga Asanas to get rid of Anxiety

Yoga is very useful in improving the overall mental health of an individual by improving their quality of living. However, there are certain yoga asanas or poses that are specifically known to reduce anxiety problems in an individual. Most of these asanas can be experienced by taking up the 300 Hour Yoga Teacher Training in Rishikesh which is a complete package to get the maximum benefits of yoga. Some of these yoga asanas are as follows:

The Vrikasasana or te tress pose is a very well-known yoga pose that helps to calm the mind and control anxiety. This pose can be performed by standing up on the yoga mat with your legs stretched and folding one leg on the other and folding the hands. The main benefit of this asana includes stretching of the body thus relieving muscle pains, controlling racing thoughts, and thus reduce anxiety problems.

The Uttanasana is also called the Standing forward bend pose because in this yoga asana the individual is required to stand on the yoga mat and bend forward to touch the feet. This yoga asana improves oxygen flow in the body and increases flexibility. This in turn reduces the release of stress and negative thoughts thus reducing anxiety.

The Matsyasana is an intermediate-level yoga exercise that helps to improve brain functioning, tightness in the chest, and respiratory functioning. This asana is available to practice under professional guidance in many yoga shalas, one such being the Yoga School in Rishikesh. The Matsyasana reduces the occurrences’ of anxiety by improving brain functioning and also helps to regulate shortness f breath through better lung functioning.

The child poses also popularly known as the balasana requires the individual to bend and stretch themselves in every possible manner. This makes the body very flexible and also reduces muscle aches and joint pains. Balasana reduces stress and helps reduce nervousness and anxiety problems.

This asana helps to bring balance and find the center by equally balancing every part of the body. It also helps to maintain focus and regulate your breath and thus increases patience level and helps to regulate the breath. Thus the Virasana is one of the best poses to help control, regulate and prevent the occurrences and stoppage of anxiety.

Yoga Asanas to get rid of Depression

Like Anxiety, Depression is also a severe mental health problem. However, while anxiety may occur in phases and may last for a short duration. Some yoga poses or asanas that help to get rid of depression problems are as follows:

The Plow pose or the halasana is specifically helpful in improving an individual’s posture. This in turn reduces physical and mental strains in the individual. The plow poses also helps to reduce all kinds of joint aches, muscle pains, occurrences of headaches, and nervous problems. Thus continued Halasana practice leads to reduction of negative thoughts and thus increase the occurrence of depression.

The Setu Bandhasana or the bridge pose is an inversion pose that helps to increase an individual’s focus and clarity. Inversion poses are generally helpful with people who have stress and mental health issues. It strengthens the back muscle, relieves the spine, improves nerve functioning, makes people feel light, and thus reduces depression.

It is a very famous yoga pose that involves a series of breathing techniques. Pranayama helps to regulate the flow of air inside the brain. Regular practicing the pranayama breathing techniques not only reduces depression but also helps to prevent its occurrences in the future.

The Savasana or the corpse pose is one of the easiest yoga asanas that have tremendous mental health benefits. In this yoga pose the individual is expected to lie down on the yoga mat like a corpse and relax. This pose helps to reduce mental strain and provides relief. Thus Savasana can help with problems of negative thoughts and is a great way to fight depression.

The downward-facing pose also called the inverted “V” pose is an inversion yoga pose that helps to relieve stress and reduce joint pains. The adho mukha svanasana is very dynamic that increases blood flow and also improves the nervous system. This in turn reduces the occurrences of bad moods and depression. 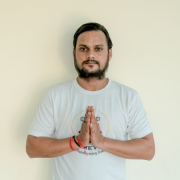 What Should You Eat Before And After Yoga?

Reasons Why You Need to Hit the Gym as a Student

Prithvi Mudra: Know its method and its benefits for health

Latex vs Memory Foam Pillow: Which One is Better?

Things You Should Know About Expendable Face Masks